I help people in sickness and health by giving them nutritional and lifestyle advice.

I give practical advice and emphasize with people’s struggles, because I myself was chronically sick for many years and had to search for a solution. I am: 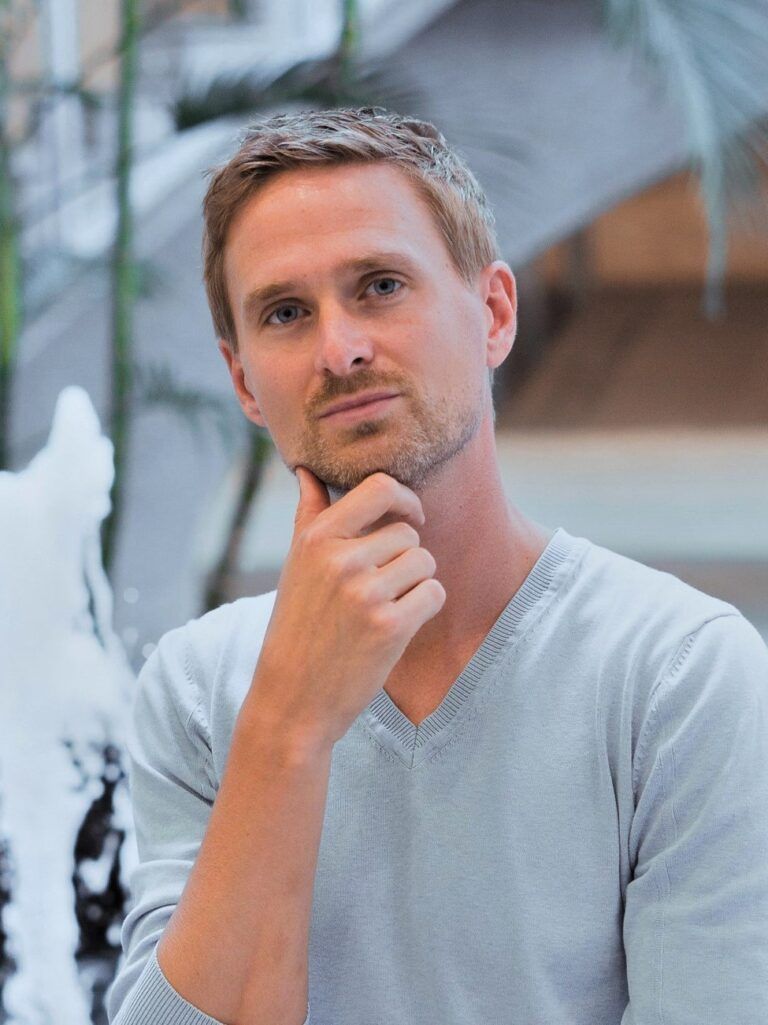 Unfortunately, it turns out that what we think is “healthy living” does not guarantee that you will be healthy. I was diagnosed with Irritable Bowel Syndrome early in life, even though I generally ate healthy fresh cooked foods.

I was tired, had anxiety symptoms and could not function. Later it turned out that I also had an autoimmune disease of my thyroid gland.

After years of searching and trying to improve my condition, I finally ended up at an orthomolecular therapist . I was 21 at the time and had already tried so much but nothing seemed to help. We started to omit certain foods from my diet. I also had to take a number of supplements and follow an intestinal flora improvement protocol.

The speed at which my complaints disappeared was unimaginable. I never dared to dream that after all the fruitless lab tests and drugs, something so “alternative” could give such an improvement. Why was this not discovered earlier and why was this not more common?

After this experience I was sold. Surely I couldn’t be the only one who could improve so much through nutrition and supplementation? First I studied physiotherapy. Here I especially learned how to best guide people; by having a realistic picture of what is and is not feasible to integrate into someone’s daily life. Adjusting your lifestyle is quite a challenge in the beginning. You should not force this or suddenly try to do everything perfectly. This should be done step by step. With clear instructions that everyone can follow. It must also be fun and above all it must take effect quickly so that you become motivated.

Orthomolecular therapy (naturopathy) was an eye-opener for me

My orthomolecular study, more commonly known as naturopathy, made me realize why current nutritional advice on bread, milk, fats and carbohydrates may not be suitable for everyone. I learned to think “evolutionary”. My suspicion was confirmed that not every therapy that works, is known by all doctors and hospitals. Medicine is in full development as there are new discoveries every day. I will have to study for the rest of my life. Fortunately, I like nothing better!

Finally, I got my degree in clinical Pyscho-Neuro-Immunology, a relatively new study. This was seen as a follow-up of orthomolecular medicine and this time all aspects of lifestyle were discussed and not just nutrition. The connection between all systems in the human body was taught in detail using physiology and biochemistry. It turns out that the body really is intricately connected and that all hormones from all organs continuously communicate with each other. The gut affects the brain, the brain the immune system, the immune system the muscles, and so on.

Under the banner of BodySwitch, a franchise for orthomolecular practices, I gained a lot of knowledge and experience. I started there as a franchisee with my own practice and later became a manager of the franchise as well. As part of a triumvirate, I was responsible for the content and guidance of the new therapists. I was also time and again the spokesperson at trade fairs and during conversations to convince new therapists of our concept. I learned how marketing works and how to manage a multi-member company.

After years of experience as a physiotherapist, orthomolecular therapist and teacher for other therapists, I have learned to give practical advice. For me, everything is about studying the interplay between the latest developments on the one hand and translating them into achievable goals for my clients on the other. I also like to give lectures, so that I can convey precisely these kinds of messages. I am still amazed at how well our body can recover from illnesses and complaints that have been thought of as incurable for decades. Don’t get me wrong, I really don’t assume to be able to cure every disease out there, but much more is already possible than is generally assumed.

You only have to fill in your name and email

And you can always unsubscribe again easily!